Hello Steemians! This is the first time I am participating this interesting #cookwithus challenge, where I am not a chef (in fact I am the worst cook in the family) but I don’t mind trying new things.

@chloephuan93 has been having a really hard time going through her storms and as a godma who can not really do much, what I can do is probably show her what I am doing and hopefully it will one day turn out fantastic for her to try out.

So today, I have managed to learn to cook a Vegetarial Dal (Lentils) dish that I have always loved; but since I am not allowed to eat spicy, I have twisted a little to my taste and I am still trying to tweak it properly.

Unfortunately I just read the contest entry and I hope that they will still allow me to enter even though I forgot to write a the paper down. @pandamama has previously seen my dish before in Whaleshares so I hope I will be able to update later when I cook another pot again haha; but rest assured that the images with a flower type design logo as water mark (my signature in all my original photos) will temporary fit in the criteria until I update it with a pen the next morning since it is quite dark now at the dead of the night.

So, let me show you my dish: @littlenewthings Tweaked Vegetarian Non Spicy Dal 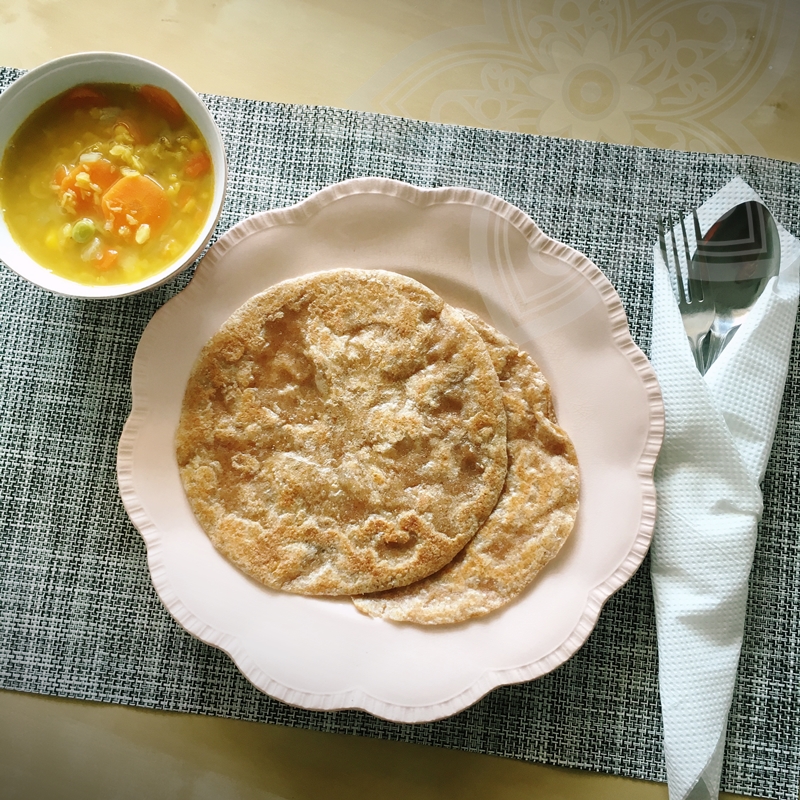 Yes. There is no trace of spiciness at all, that is why it will be perfect for @chloephuan93 when I manage to season to taste properly.

It also has no diary ingredients so this too is perfect for lactose intolerant individuals.

Note: The Capati is store bought from the frozen section; I only cook them from package. 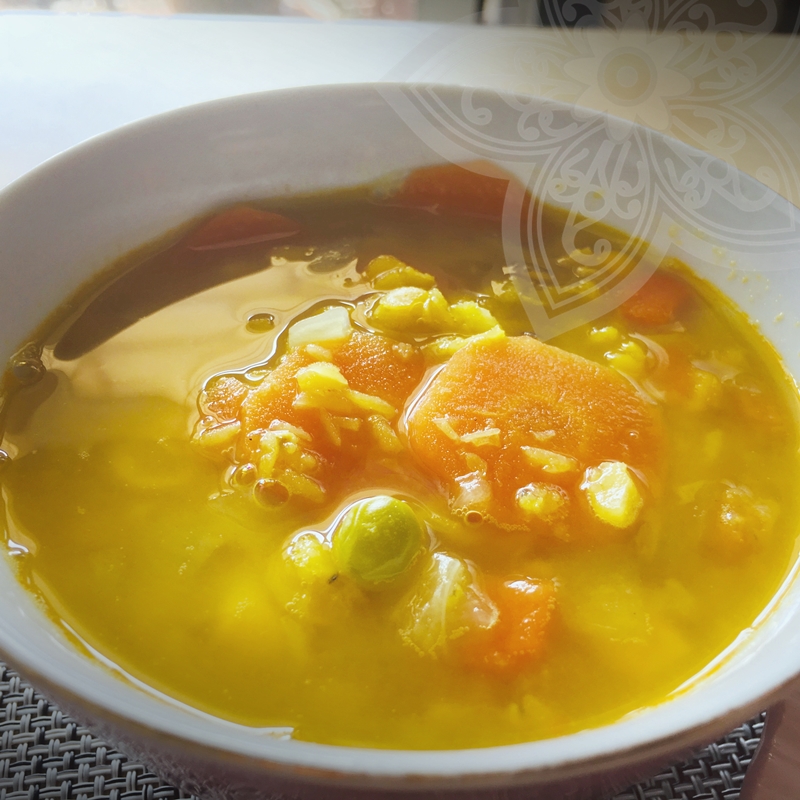 Here is the up close photo that I have cooked, where I added frozen mixed vegetables plus freshly cut carrot. 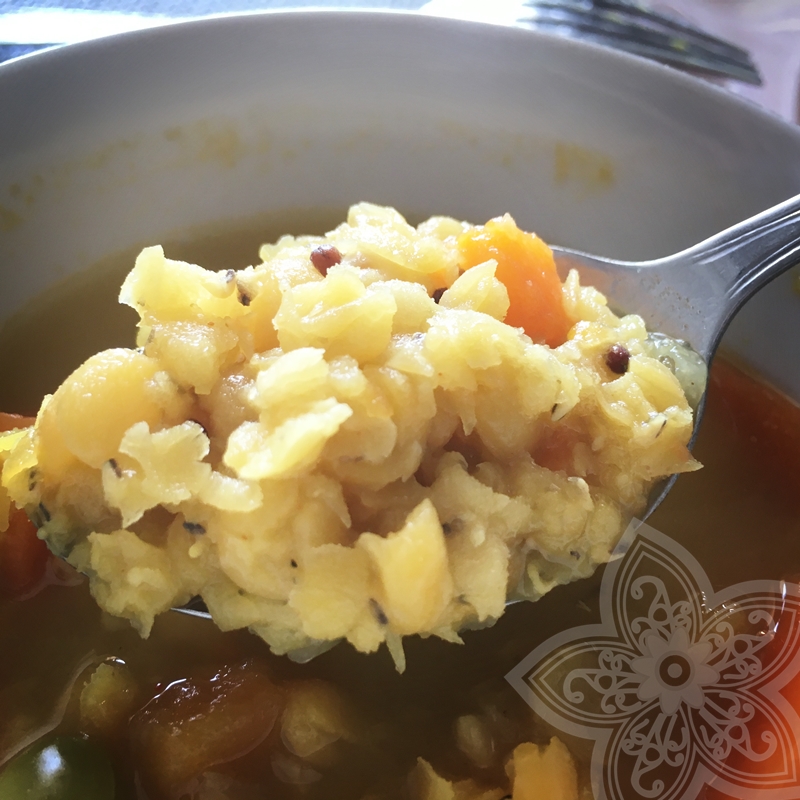 You can add in potatoes too, if you prefer it to be thicker and starchier; but when you manage to cook it properly, the softer mashed Yellow Dal (pigeon pea / Mung bean – I think I used the former, the package didn’t say) with the consistency will give both fiber and protein satisfaction.

What are my ingredients? 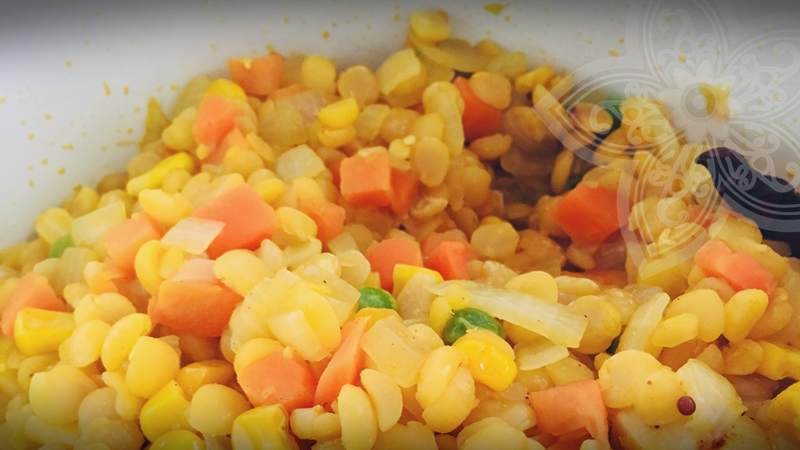 Actually the base ingredient was precooked on 17 Nov (the day my dad was hospitalised) but I have frozen them nicely in boxes.

Note: Turmeric powder is a good anti-inflammatory natural ingredient, and for me who has been suffering thresh, it is a perfect ingredient to numb the pain. 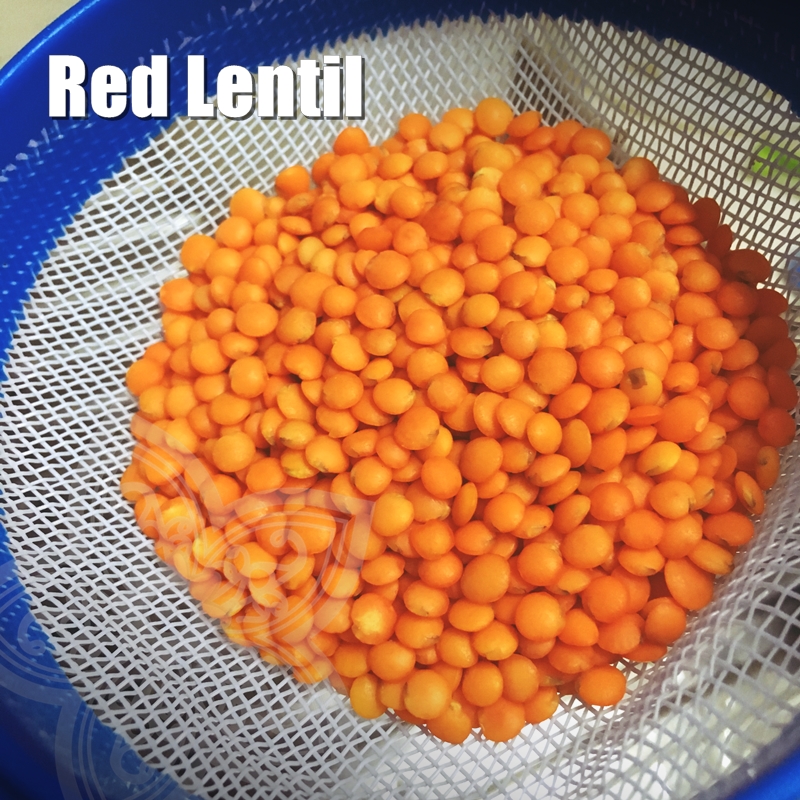 Other than the base ingredient, I have added this, which to me is the crucial ingredient to have that thick soupy stew-like dal; which most Indian / Muslim Indian (Mamak) restaurants will have.

Red lentils cooks fairly qick, and if you let it simmer long enough they will dissolve into the thick consistency that I have noticed.

Off topic: When I tried to boil my base mixture longer with vege stock, it wasn’t soft enough for that stew-like texture I wanted. The Red Lentils did the trick 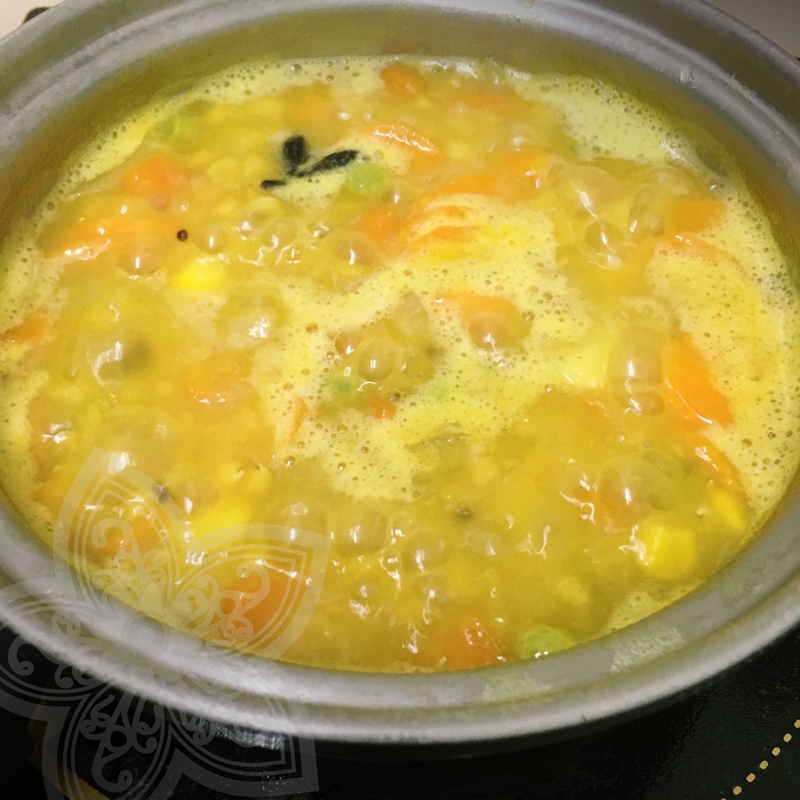 I have mixed all of them together with some extra vege stock to a boil. And after that, I transferred it to this Thermal Cooker (that my aunt gave to my mom as she had another one) and let it self-cook for another 8 hours.

You can use slow cooker or crock pot to do so, but since I cooked this at night time before bed it was perfect for it to just simmer nicely while I rested, without extra electricity used. Speaking of eco-friendly, that the way to go!

After that, it was ready to serve in the morning after a reheat.

It’s actually super easy one there’s a base ingredient previously made, but if you want to see how I did the base from scratch, that would be in another post because this is a little too long now haha.